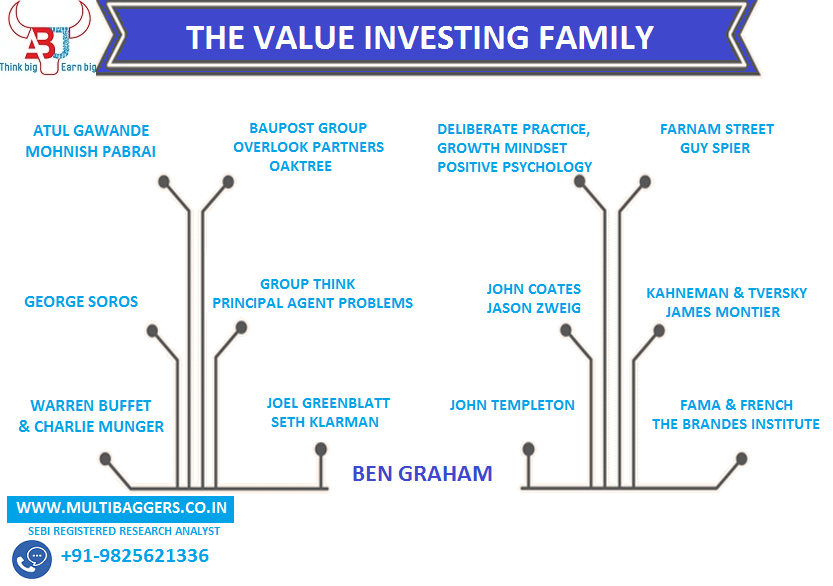 What is value investing?

When Nifty climbed by 29% (since 2017 end), our stocks invested on Value investing concept shoot up NEARLY 100% within a time span of nearly 15 months.

This is just a glimpse of actual performance of multibaggers.co.in

Value investing was established by Benjamin Graham and David Dodd, It was followed by Buffet and many more after that. Graham never used the phrase, “value investing” — the term was coined later to help describe his ideas and has resulted in significant misinterpretation of his principles, the foremost being that Graham simply recommended cheap stocks.

Value investing is opportunity for smart people when weak; indiscipline public runs away from stock market. Till market rises, traders feel great about their trades but as market reverses back down it starts fear and if fall is chronic public ends up in panic selling with a determination to leave market forever. This paves the way for smart money as that is opportunity of value investing which stimulates bounce back after the exit of general public and this never-ending cycle of Stock Market goes on and on…